“Sa Domu de sa Contissa” (the house of the Countess) is the name that the inhabitants of Selegas have given to this house whose construction dates back to 1700.

In popular parlance it is called “Casa padronale” (Manor House) because the former owners, as well as being noble, were large landowners.

This part of Sardinia called Trexenta, since the time of ancient Romans, who conquered the island in 238 b.c., had predominantly agricultural vocation as to be nicknamed “the granary of Rome.”

The surrounding area is a wide plain extensively cultivated with cereals and for these reasons the house until the middle of the last century has been the focus of intense agricultural activities.

The dwelling structure reflects what once were the two functions which had to fulfill: on the one hand be the residence of the owners, the Nieddu-Serra Count, and on the other to be the hub of all agricultural activities.

Even the location of the various buildings reflects the division between the two functions:

Throughout the year the activities were predominantly held on the outside of the house. In fact animals departed and tools was taken off the house for works in the fields. Only during the harvest

the house became the center of activity and the yard was filled with workers for the harvest of cereals, threshing and storage of products. The granary was located on the lower floor of the main house in a large paved surroundings and lined the sides of wood.

After the war the agricultural crisis has led to the gradual abandonment of the home by the former owners. Also the Contess left the house and get married with a noble “continental”, returning to live the house only during the harvest. This event was a big party during which the house was filled with workmen and boys and it was all a bustle of peasants and wagonloads of crop.

In 2000, the year of purchase of the house by the current owner, the house was in a state of complete degradation, without any memory of the past splendor.

Now you can admire its beauty thanks to a patient work of restoration which gives back to the community a cultural heritage in danger of being lost. 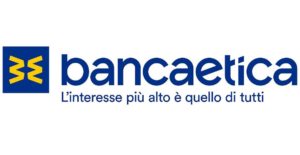 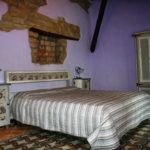 The purple room is furnished with shabby chic style with damask inserts, handmade by skilled artigiani.Le walls are lilac with stone inserts on sight The room is equipped with a… 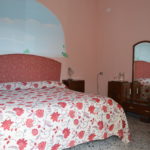 The pink room evokes the ’50s, with restored period furniture and walls painted in different shades of pink. The damask inserts help to make the room warm and cozy. With… 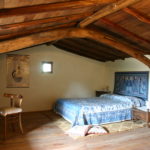 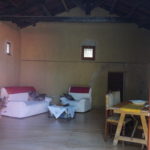 Use footer widget 4 for google map.